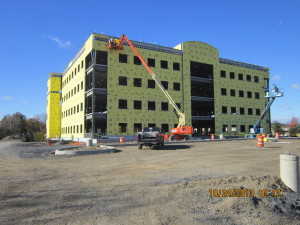 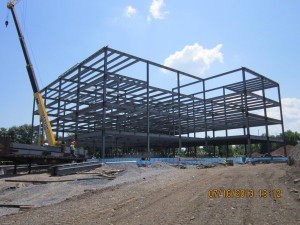 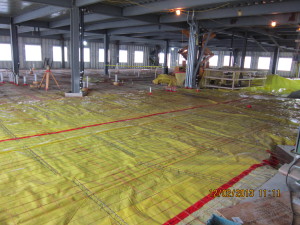 A new 84,000 sf four story medical office building is under construction in the Town of Ulster, NY, at the intersection of routes 9W and 199/209 (Kingston-Rhinecliff Bridge access).

This is the third medical office building designed by Optimus for the Mid-Hudson Medical Group.  The first was a 58,000 sf facility in Poughkeepsie, NY, next to Vassar Brothers Medical Center completed in 2010. The second was a 36,000 sf conversion of a former Stop & Shop grocery story in Rhinebeck, NY completed in 2012.  The first two projects were constructed by Kirchhoff-Consigli, who is also building being this project.

This new project will open in 2014 as the flagship building in a new 15 acre multi-building commercial complex being developed by Kirchhoff Properties, Inc.