“Dave, you and I have only worked on one branch bank project, but the branch you designed and we built is the bank’s premier branch in terms of appearance and functionality. We have received many favorable comments about this site.”

Optimus Architecture was retained by Premier National Bank during an expansion period.  Premier was a merger of two local banks with long histories in the historic communities of Fishkill and Rhinebeck.  Prior to retaining us, Premier had priced this project as a standard generic design with a bank Design/Build company.  We proved to Premier that we could give them a one of a kind custom design, with custom service, save them money and meet or beat the schedule.  The project was designed, bid, built and opened for less than the Design/Build proposal.

Optimus proposed a traditional historic character for the new bank’s expansion into Orange County, one that would represent the bank’s traditional values and strength.  Optimus applied contemporary materials and construction techniques to achieve a cost effective and maintainable facility throughout. Behind the historic look is a modern operation. Banking equipment was fully integrated for good fit and convenient use. A modular vault shortened the construction period and reduced the total project cost.  During construction, when the bank chose to add two tellers after the vault was installed, we simply moved the vault into an area designed for this expansion

Optimus is known by our clients, their equipment vendors and contractors for our close attention to integrating owner equipment into our project designs.  Our bank designs require the same level of detail, dimension and support, that our medical projects require. 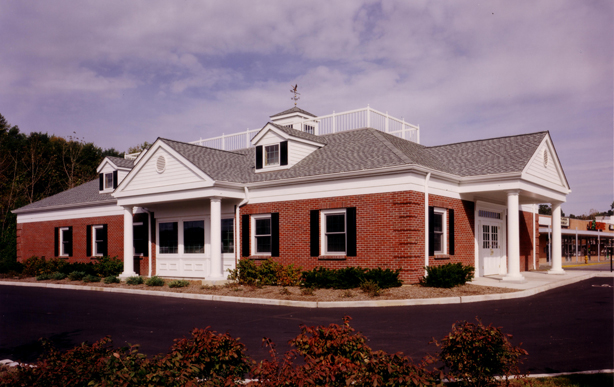 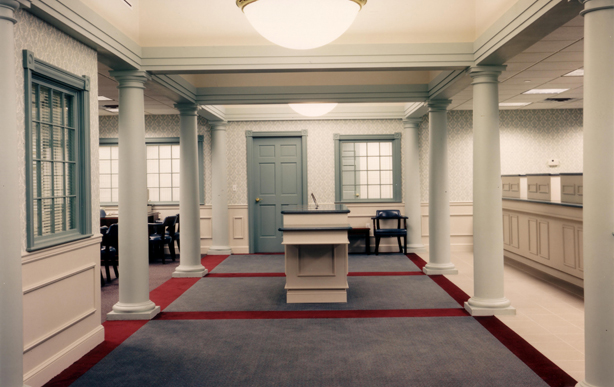 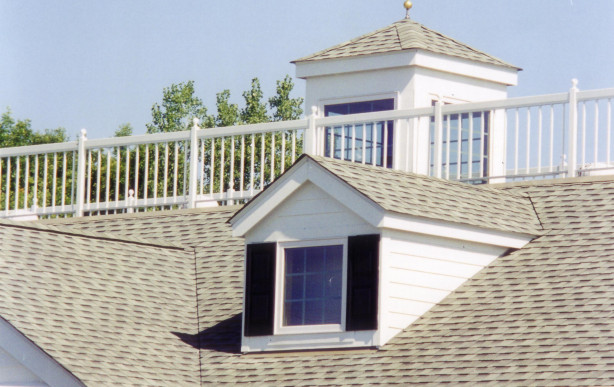 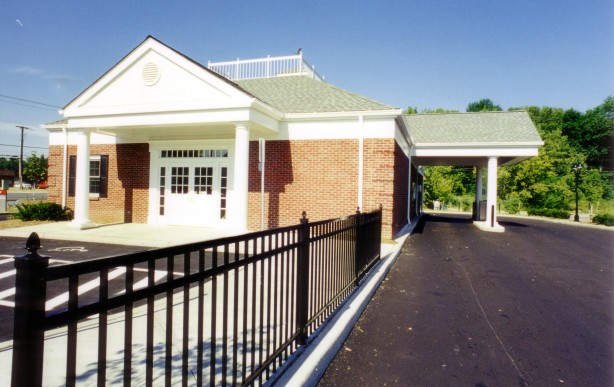